The season is just about over for all British teams, a time to rest the legs and have a well deserved holiday. Despite this, Scotland starts its competitive season in the middle of July with the league cup. As the years pass by this start date is creeping closer and closer to June – It appears Mr Doncaster is trying to sneak summer football in without people realising but you can’t pull the wool over my eyes, Neil.
Nevertheless, for us part-time players, the Scottish and League cup draws allow us to test ourselves against the big boys. Over the last few years, I have been fortunate to draw Hibs, Hearts, Ross County, Motherwell and St Johnstone. Pre-draw is an exciting time and this escalates if you draw a top side. You will have dreams of scoring the winner, bragging to your pals and invitations to do the press. However, when it comes to the final whistle, the reality of what usually happens can wipe out any enthusiasm that you had before the game. Let me discuss a few of these glorious occasions.
Forfar V Hearts
I initially was really excited for this one, Hearts were my boyhood heroes. Considering I experienced 10 years as a season ticket holder, followed Hearts away and wore a UKIO BANKAS hearts jersey well into my teens; can you blame me? However, by the time the game was over, there was not one shred of enthusiasm left.
We had gone toe to toe with Hearts for 85 minutes and were drawing 1-1. Of course, we had ridden our luck but we had the momentum. We clear the danger and suddenly we are away – 4 against 3. The ball is played nicely into my path and I find myself bearing down on goal, it’s on my favoured left foot, I pull the trigger, this is it! THIS IS MY MOMENT!
I’m afraid not, the ball ends up going way over the bar and from the next attack, Callum Patterson dives over my leg and I receive my marching orders for a second yellow card (received my first yellow for a tired tackle due to doing Iain “Yano” Campbells running for him). The following day was no better.
At the time I was a primary school classroom assistant and the children, no older than 9 years old, took great pleasure in taking the piss out of me for this. It is safe to say, you have no pride left after a 9-year-old gets the better of you in a slagging match. What a way to spend your birthday.
Dundee V Forfar
A couple of seasons back, we drew Dundee away at Dens in the cup. The format of the cup group stage meant that a win here might be enough to take us through to the last 16. Greg Stewart was the Taysiders main man at the time and had scouts up from England watching him and as it turned out, he was on my side of the pitch. It’s fair to say I couldn’t deal with the Greg Stewart chop. Time and time again he pulled my pants down and sent me sliding out the park. As the gaffer would say, I didny ken if I was going for a shite or a haircut.
As half-time approached we were 2-0 down and to make matters worse I felt a pull on my hamstring. Game over for me. Dundee went easy on us for the remaining 45 minutes; it only ended up 7-0. If they had taken their chances it could have been double figures. Hey not my fault, was only 2-0 when I came off. 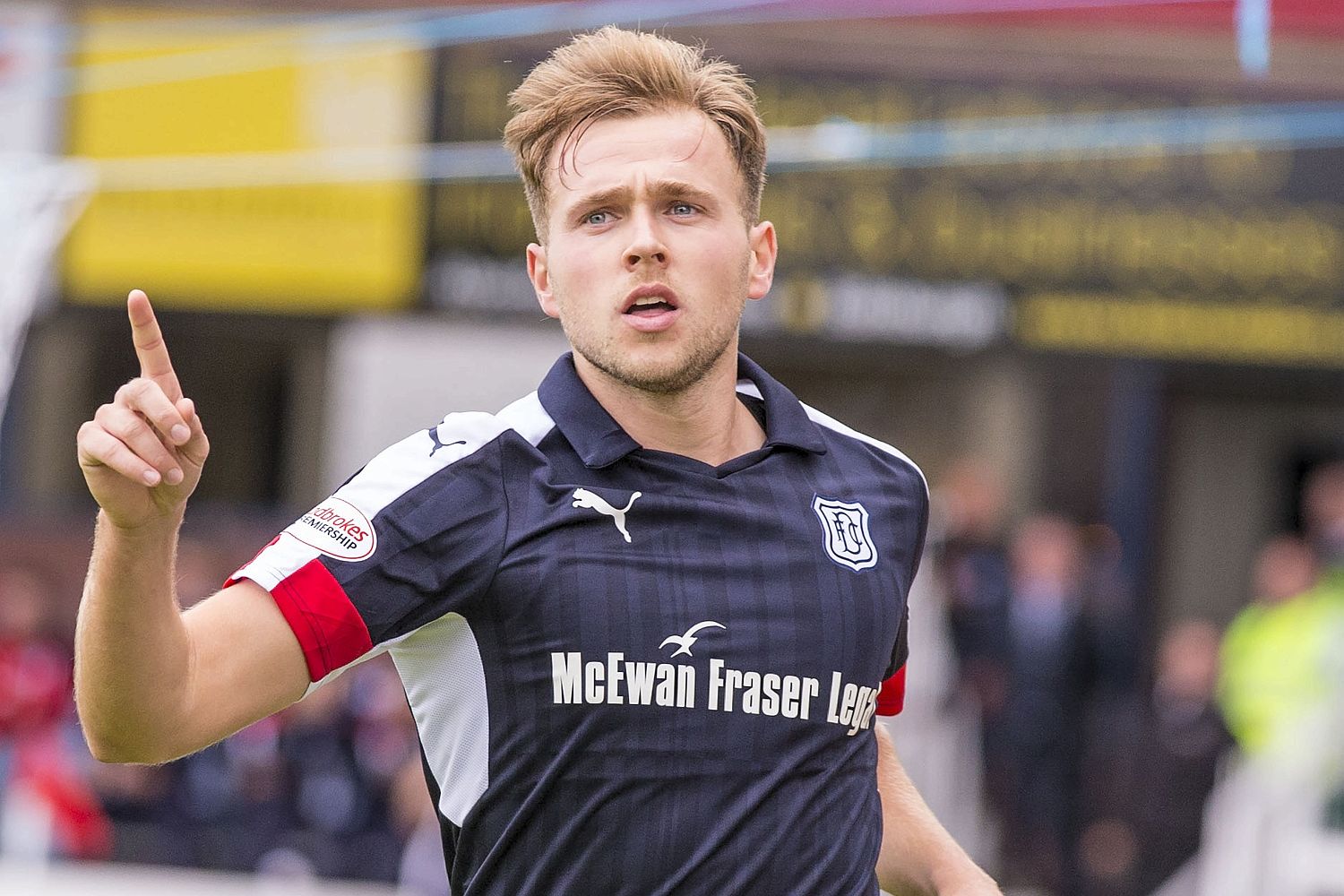 Greg Stewart got his move to Birmingham City the following day – I’m still awaiting commissions for my role in the transfer. Never has a player made him look as good as I did in that first 45 minutes.
Hibs v Arbroath
If I can take you back to last year. The league cup drew my team in the same group as Ross County and Hibs, the game at Easter Road especially captured my imagination. I am from Edinburgh (born and bred) and I live in Leith. In addition to this, my mother’s side of the family are all big Hibs fans – not me though, I prefer maroon. My family were understandably delighted and I cancelled my golfing holiday to Portugal (wasting £300 in flights, a small price to pay). As a child, I had dreamt of scoring the winner at Easter Road and was not going to pass this opportunity up. In hindsight, I needn’t have bothered. My experiences with the big cup games have never ended well.
The day of the game arrives and I stroll along to Easter Road and sorted my family members out with tickets. As the game kicks off, motivation and exhilaration are at an all-time high. The ball goes out wide to Martin Boyle – I will catch him no bother. He knocks the ball 10 metres past me and despite giving me a 5-metre head start reaches the ball before me. Think I will let someone else chase him for the rest of the game.
5 minutes later, I have the opportunity to shoulder barge Lewis Stevenson and lay a marker down. I transfer all my weight and give him my best charge… and he didn’t budge. After chasing the ball round unsuccessfully for what seemed like an eternity, I was more than ready for halftime. I look up at the electronic scoreboard and see in big orange writing TIME PLAYED: 7 MINUTES. By some miracle, we end up making it to halftime only 2-1 down.
The second half starts and we quickly go 3, 4, 5 then 6-1 down and I am blowing out my backside. Check the scoreboard again – 63 MINUTES. You’ve got to be kidding me! We manage to keep it to just the 6. I was told this was meant to be fun; I can assure you it wasn’t. Don’t think I’ll be visiting Easter Road again in a hurry.
These are just 3 examples, I have also been nutmegged by James McFadden 4 times in the space of 20 minutes, outmuscled by Nigel Hasslebank and had the “How much you on a week” shout from several top-flight players. I guess what I’m trying to say, in a rambling manner, is that these cup games are not as glamorous as you may think. Getting taken for 5, 6 or 7 goals in front of your family, friends and the TV cameras isn’t a pleasant experience. So the next time you watch an SPFL premier league game on your TV and you scream things such as,
“He’s shite”, “Hibs are terrible” “He wouldn’t get a game in league 2”.
You are wrong. You are so far off the mark. These guys are fit, fast, strong and know how to kick a sphere. I know how hard you have to work to even to get a contract at part-time level! So, I think it’s fair to say that if you are playing in the premier league – you are far from “shite”.
I want to thank you all for taking time to read this, the blog has picked up a larger following than I thought it would but I am very appreciative of that. Continue to follow, favourite, retweet and comment on my twitter if you enjoy the read.

O’Neill should be new Director of Football, according to former Scotland international